After Effects Guru: Color Grading Footage
Whether you’re looking to “fix it in post” or “make it pop,” After Effects offers a wealth of tools for making both technical and artistic color enhancements to your footage. And this class has you covered. Rich Harrington introduces a basic workflow for getting a shot back to its best natural state, and then advanced techniques that allow you to push your footage a little further: converting it to black and white or adding creative color. Start now and learn how to make your video look its best within After Effects. This course was created by RHED Pixel. We’re honored to host this training in our library.

After Effects Guru: Character Animator
Get up and running with Character Animator, the motion capture animation tool in After Effects CC. Character Animator can speed up your character-driven animation projects exponentially—eliminating keyframes and time-consuming dialog matching. AE Guru Ian Robinson starts you off by working with Character Animator templates. Then it’s time to build characters with custom controls for animation, such as subpuppet attachment points and layer handles. Ian then shows how to drive animation with your mouse or touchscreen device, and control facial expressions, mouth positions, and body parts like hands, arms, and legs. He even shows you how to map keystrokes to drive animation in real time with body and head rotation or advanced physics simulations. Lastly, he reviews puppet behaviors for smoothing and transforming character motion, and shows how to refine, edit, and export recordings. The final output from Character Animator can be rendered with After Effects, Premiere Pro, or even Adobe Media Encoder.

After Effects Guru: Templates for Premiere Pro and After Effects
Video editors look to enhance their projects by using motion graphic templates to spice up their work. In this course, learn how to work with and create After Effects text templates that you can modify later in Adobe Premiere Pro. Nick Harauz breaks down how complicated templates are designed, and how to get more comfortable with tweaking them. Plus, he shows how to create your own mosaic template to update inside of Premiere.

After Effects Guru: Creating Presets and Controllers
How much time in your After Effects workflow do you spend applying simple key frames to layers in your composition, such as fade in and fade out? Wouldn’t it be easier to save those effects as presets, so you don’t have to recreate them? Follow Nick Harauz as he shows how to build presets that you can use in future projects. In this course, Nick explains how to create text presets, textures, and useful backgrounds. Plus, he looks at ways to control multiple layers in a project through expressions, null objects, and blending tricks. By the end of the course, you’re equipped to develop your own library of presets, so that when you tackle your next After Effects project, you’ll have an arsenal of custom effects and content that can help expedite your work.

After Effects Guru: Using Generator Effects
Generator effects can be used to solve many problems when creating motion graphics and VFX projects—and to add unique creative twists you can’t replicate with other After Effects tools. In this course, author Ian Robinson shows how to use generator effects to attach multiple layers, create animated glints and highlights, achieve better blended composites, and more. Follow along as he introduces a variety of next-level mograph techniques for creating interesting backgrounds, repeating graphic elements, and applying 2D and 3D type treatments, and walks through a complete map-based infographic generated with effects like Grid, Stroke, Vegas, Write-on, and Radio Waves.

After Effects Guru: Advanced Photoshop Integration
After Effects has a powerful toolset, but there are some things Photoshop just excels at. Namely, manipulating raw images, color, and perspective. If you’re a Creative Cloud subscriber, you have access to the entire suite of applications. So why not take advantage of both toolsets? In this course, Rich Harrington shows video professionals how to fully integrate Photoshop into a variety of After Effects workflows, including repairing images and building new assets for motion graphics and video effects. Learn how to properly develop and then optimize raw files to increase performance in After Effects, and use Photoshop’s advanced typographic controls. Find out how to use layer styles to add bevels, overlays, and glows, and correct lens distortion, chromatic aberration, and vignetting. Rich also introduces a unique use for Vanishing Point, which allows you to export 3D objects for parallax movements and virtual sets. Plus, discover how to save out depth mattes for backdrops and keying, and use the powerful Content-Aware tools for background plates, set extensions, or recomposing assets. There’s a lot to learn! Start watching to incorporate Photoshop’s advanced tools into your next After Effects project.

After Effects Guru: Animating Infographics
Learn how to animate infographics with Adobe After Effects! Many infographic elements begin life in applications like Illustrator, Photoshop, or PowerPoint. But these assets can be flat and boring; animation is what brings them to life. In this course, After Effects guru Ian Robinson covers animating charts and graphs with shape layers, layer masks, and stroke and text animators. He also shows how to use expressions to link animation between different graphic elements, build dynamic camera moves, and create some animated 3D infographics with CINEMA 4D Lite. To finish things off, he’ll look at some third-party tools such as Cinema Spice Charts & Graphs for After Effects and aescripts, which help speed up some of the techniques you learned earlier in the course.

– After Effects Guru: Keying with Keylight
Keylight is a powerful keyer turned After Effects plugin. It was developed for use in features films and is now available with every copy of After Effects. In this course, Luisa Winters helps you understand what keying is, how Keylight works, and how to get the best green-screen footage from your shoot while in production. Then she demonstrates basic keying and techniques for refining mattes, using masks, and correcting color. Use these tips to create your own amazing composites in After Effects. It all starts with a great key!

Topics include:
– Shooting for the key
– Basic keying
– Refining the matte
– Masking a key
– Correcting color

After Effects Guru: Expressions
Expressions are an incredibly powerful feature in After Effects. They are a way to affect the values of properties using lines of code rather than keyframes. This makes expressions faster and cleaner than traditional animation techniques. In this course, author Luisa Winters demonstrates how to use expressions in Adobe After Effects. Watch and learn how to add and edit expressions, change dimensions like rate and value, and use variables to assign and change values globally. Plus, find out how to use the After Effects Expression Language menu and introduce randomness into expressions for more creative possibilities.

After Effects Guru: CC Market and Libraries
There’s a world of possibilities in the market inside of the Adobe Creative Cloud. Take a look at the tools and assets available for After Effects in the CC Market and Libraries. Ian Robinson explores the vector graphics, patterns, textures, brushes, and even user interface extensions available inside the CC Market. Then he shows how to search for, download, and install assets and organize them in CC Libraries, which can be shared between all Creative Cloud programs. The final three chapters put the assets to work in multiple motion graphic projects, including an animated SVG and a short promo video, using After Effects, Photoshop, and Illustrator.

After Effects Guru: Plugins You Should Know
Join Nick Harauz as he takes you through some of the options available to enhance your motion graphics workflow. Start by looking at what’s already in After Effects and discover what else becomes available when looking beyond the After Effects hood. Find out what third-party plugins can do for your workflow and when these might come in handy on your next AE project. This course explores major plugin packages, advanced options, and more.

After Effects Guru: Tracking Cameras and Stabilizing Footage
Whether it’s removing camera shake or tracking a camera’s movement, After Effects has you covered. You can apply a variety of techniques to smooth out the camera movement in a shot, using the After Effects Warp Stabilizer VFX effect, and track the camera to add objects into a scene realistically. Rich Harrington shows you how in this installment of After Effects Guru.

After Effects Guru: Mastering the Timeline
Even if you’ve already established an After Effects workflow that suits you, exploring overlooked features and shortcuts can only help you work more efficiently with this powerful application. In this course, learn tips for creating a fast and efficient motion graphics workflow in the After Effects timeline-leaving you with more time for creativity. This installment of After Effects Guru reveals time-saving features for navigating to specific timecodes, adjusting keyframes, changing layer behavior, working with layer modes, and using composition markers. 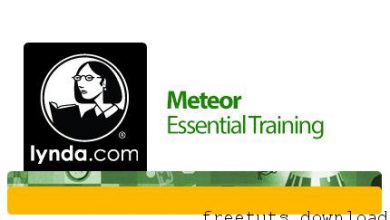 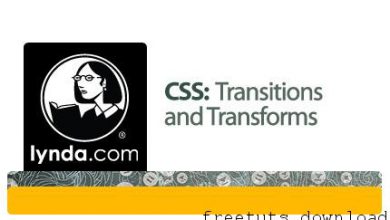 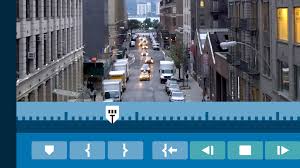