This course will help you better understand Islam’s role as both a religion and a way of life, and its deep impact on world affairs both historically and today. It is important to understand what Muslims believe, and also how their beliefs are carried out privately and publicly as individuals as well as members of a larger community.

Learning about Islam: What Does the Future Hold?

What does the future hold for Islam and the West in the new century? How will it change under the influence of conservatives, reformers, and extremists?

“The focus of this course will be to better understand Islam’s role as a religion and as a way of life,” says Professor Esposito. “In 12 lectures, moving from Muhammad to the present, from the 7th to the 21st centuries, we will explore Muslim beliefs, practices, and history in the context of its significance and impact on Muslim life and society through the ages, as well as world events today.”

You will learn about:

Like Judaism and Christianity, Islam is one of the great monotheistic faiths that traces its ancestry to Abraham. Professor Esposito discusses the similarities and differences in the three great Abrahamic faiths and explores more closely the core beliefs that serve as the common denominators that unite all Muslims throughout the world.

“We will see that Islam is not monolithic,” says Professor Esposito. “Although Muslims share certain core beliefs, the practices, interpretations, images, and realities of Islam vary across time and space.”

The Stunning Growth of the Muslim Community and Its Golden Age

Within 100 years of Muhammad’s death, the Muslim community became a vast, dynamic, and creative Islamic empire that stretched from North Africa to India.

Islamic civilization flourished under the Umayyad and Abbasid empires. Under Abbasid rule (750–1258 C.E.), the Islamic community became an empire of wealth, political power, and cultural accomplishments.

Arabic became the language of literature and public discourse. Centers were created for the translation of manuscripts from Sanskrit, Greek, Latin, Syriac, Coptic, and Persian into Arabic.

Europeans, emerging from the Dark Ages, turned to Muslim centers of learning to regain their lost heritage and to learn from Muslim advances. Through Islamic philosophy, Greek philosophy was retransmitted to Europe.

Examining the history of Islamic civilization helps us appreciate the remarkable achievements of its Golden Age and to understand the sources of sectarianism, religious extremism, and the conflict between Islam and Christianity, epitomized by the Crusades.

Understand the Development of Islamic Law

Islamic law has been seen as the ideal blueprint guiding Muslims’ correct action, that is, what to do in their public and private lives in order to realize God’s will.

Sufism resulted from efforts to experience a more direct and personal sense of God. Both law, the exterior path to God, and mysticism, the interior path, developed as responses to what was perceived as the abuse of the enormous wealth and power in Islamic empires.

The historical tradition of Islamic renewal and reform was developed to fight internal disintegration and upheaval in the Muslim world caused by outside forces from the 17th to the 20th centuries.

Professor Esposito examines the variety of religious sociopolitical movements that struggled to address weakness and decline in diverse Muslim societies through the ages, and discusses how and why these efforts continue to inspire Islamic modernists and contemporary movements in our time.

Discuss the “Struggle for the Soul of Islam”

The lectures examine the worldwide “struggle for the soul of Islam” occurring today between conservatives and reformers, mainstream Muslims and extremists. Among these issues, few are more fraught with controversy than the debates about women and Islam.

Professor Esposito discusses women and their changing roles. Issues include diversity of dress, social status, education, and roles for women in the family throughout the world.

Professor Esposito expands this human dimension to spotlight the ever-increasing reality of Muslims as our neighbors and colleagues in Europe and America, examining how and why Muslims came to Europe and America, and the issues of faith and identity, integration and assimilation, that face them in their new homelands and how they are grappling with these challenges.

Harold McFarland, editor of Midwest Book Review, writes about this course: “This is easily the most accurate, even-handed, and thorough survey of Islam that I have seen to date. The extent of coverage, breadth, and depth of Professor Esposito’s knowledge, recognition of the various groups and beliefs within Islam, and scholarly treatment of the subject makes this a very highly recommended lecture series and the only one on the subject that I could recommend to date.” 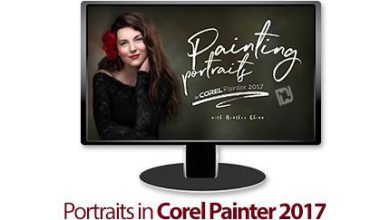 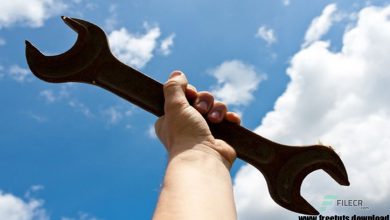 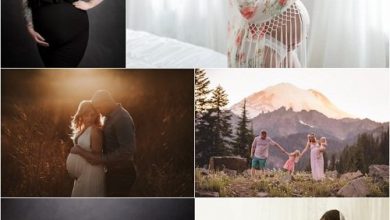 How to Master the Pen Tool in Photoshop