Welcome to this course.

As most of you know, Python is a very powerful programming language, and it’s widely used because of its simplicity, functionality, and platform-independent nature.

In this course, we will look at how you can use Python to control PIC microcontroller and interact with any type of microcontroller, both virtually and in hardware.

And we will cover how you can use Python with serial ports easily and effectively.

Let’s talk about what you will learn in this course:

Now, the knowledge explained inside this course can be used with any other type of microcontrollers, including Arduino, PSP boards, or any other type that you are using. All of them can be controlled using Python and serial communication.

I’m sure that you will enjoy this course content.

At the end of this course, you can create Innovative Projects. The only thing that you need to do is THINKING, WIRING & CODING.

The Complete WordPress Course – Build Your Own Website Today 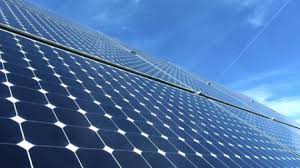 Design and Installation of PV System according to NABCEP