Download Tutorial Big History: The Big Bang, Life on Earth, and the Rise of Humanity

About 100,000 to 60,000 years ago, a species of hominines—bipedal ape-like creatures—began to move out of its home territory in Africa and into the Asian continent. Today, homo sapiens, the descendants of those first hominines—live in nearly every ecological niche. We fly through the air in planes, communicate instantaneously over immense distances, and develop theories about the creation of the Universe. In Big History: The Big Bang, Life on Earth, and the Rise of Humanity, you’ll hear this ever-evolving story—the history of everything—in its monumental entirety from the moment the Universe grew from the size of an atom to the size of a galaxy in a fraction of a second.

Taught by historian David Christian, Big History offers a unique opportunity to view human history in the context of the many histories that surround it. Over the course of 48 thought-provoking lectures, he’ll serve as your guide as you traverse the sweeping expanse of cosmic history—13.7 billion years of it—starting with the big bang and traveling through time and space to the present moment.

A Grand Synthesis of Knowledge

Have you ever wondered: How do various scholarly discourses—cosmology, geology, anthropology, biology, history—fit together?

Big History answers that question by weaving a single story from a variety of scholarly disciplines. Like traditional creation stories told by the world’s great religions and mythologies, Big History provides a map of our place in space and time. But it does so using the insights and knowledge of modern science, as synthesized by a renowned historian.

This is a story scholars have been able to tell only since the middle of the last century, thanks to the development of new dating techniques in the mid-1900s. As Professor Christian explains, this story will continue to grow and change as scientists and historians accumulate new knowledge about our shared past.

To tell this epic, Professor Christian organizes the history of creation into eight “thresholds.” Each threshold marks a point in history when something truly new appeared and forms never before seen began to arise.

Starting with the first threshold, the creation of the Universe, Professor Christian traces the developments of new, more complex entities, including:

In the final lectures, you’ll even gain a glimpse into the future as you review speculations offered by scientists about where our species, our world, and our Universe may be heading.

Getting the “Big” Picture

While you may have heard parts of this story before in courses on geology, history, anthropology, biology, cosmology, and other scholarly disciplines, Big History provides more than just a recap. This course will expand the scope of your perspective on the past and alter the way you think about history and the world around you.

“”Because of the scale on which we look at the past, you should not expect to find in it many of the familiar details, names, and personalities that you’ll find in other types of historical teaching and writing,”” explains Professor Christian. “”For example, the French Revolution and the Renaissance will barely get a mention. They’ll zoom past in a blur. You’ll barely see them. Instead, what we’re going to see are some less familiar aspects of the past. … We’ll be looking, above all, for the very large patterns, the shape of the past.””

Thanks to this grand perspective, you’ll uncover the remarkable parallels and connections among disciplines that remain to be explored when you view history on a large scale. How is the creation of stars like the building of cities? How is the big bang like the invention of agriculture? These are the kinds of connections you’ll find yourself pondering as you undergo the grand shift in perspective afforded by Big History.

Along the way, you’ll encounter intriguing tidbits that put the grand scale of this story in perspective, such as:

The Story We Tell about Ourselves

“To understand ourselves,” says Professor Christian, “we need to know the very large story, the largest story of all.” And that, perhaps, is one of the greatest benefits of Big History: It provides a thought-provoking way to help us understand our own place within the Universe.

From humankind’s place within the context of evolutionary history to our impact on the larger biosphere—both now and in our species’ past—this course offers a broad yet nuanced examination of our place in creation. It also poses a profound question: Is it possible that our species is the only entity created by the Universe with the capacity to ponder its mysteries?

There is, perhaps, no more profound question to ask, and no better guide on this quest for understanding than Professor Christian. A pioneer in this approach to understanding history, Professor Christian has made big history his personal project for more than two decades. Working with experts in a variety of fields, he designed and taught some of the first big history courses, and has published widely on the topic.

Accept his invitation to get the big picture on Big History, and prepare for a journey through time and across space, from the first moments of existence to the distant reaches of the far future.

Download Free Tutorial Big History: The Big Bang, Life on Earth, and the Rise of Humanity 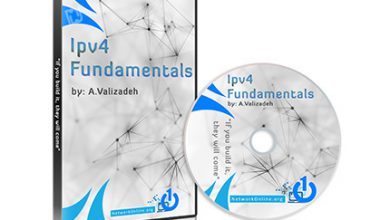 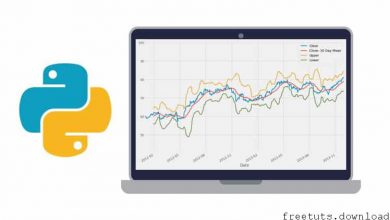 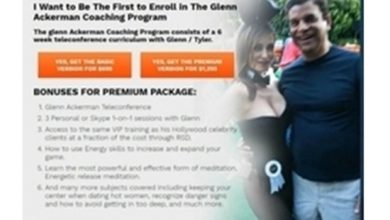